Playtech – A Titan of the Gambling Industry

Playtech casino software is known for its huge variety of games. Playtech is constantly developing new games and is always innovating for the casinos using their software. Our industry experts highly recommend them to our visitors and have written this roundup covering everything you need to know..

Founded in Tartu Estonia in 1999, Playtech is today a true leader of the online gambling industry. The company now has offices around the world, in 19 countries, and around 6000 employees. Playtech’s products can be found in 20 regulated jurisdictions and the company is publicly owned and traded on the London Stock Exchange Main Market.

Playtech’s products can be found in virtually all areas of the online gambling industry, including online casinos, live dealer gaming, poker, bingo, sports betting and more. They have produced an enormous catalogue of games, including hundreds of slots and card and table games, and operate popular poker, bingo, and financial trading platforms. Playtech have also developed many operator tools and offer services such as hosting, network management, customer support, and so on.

No matter what type of game a player is interested in, they are sure to find versions of it developed by Playtech. The company have a portfolio of hundreds of slots, which range from classic slots to ultra-modern video slots, as well as a huge number of variants of the standard card and table games, arcade style games, and more. In short, if a casino had to choose just one developer’s games to offer players, then Playtech can provide everything they could possible need.

Playtech has a huge catalogue of slots with hundreds of games for players to choose from. The collection includes everything from old-fashioned fruit machines and 3-reel classic slots, to very modern games with 5 reels or more, cutting edge graphics, and innovative features. With so many games on offer, the developer has of coursed covered all the standard themes, such as Ancient Egypt, Ireland, mythology, travel, and nature, but there are also many games with themes that are more unusual, and there are many branded slots based upon films, television shows, and comic book characters such as Batman. Furthermore, the games have a great variety of bonus features, from free spins to multipliers and picking games, ensuring that players will find plenty to enjoy.

Playtech is also well known for its progressive jackpot slots. They have produced many series of themed slots, such as the Age of the Gods series, which is based upon Greek mythology, that give players the chance to win numerous jackpots. There are also many standalone progressive slots, and it is not unusual to see the jackpots grow to truly life-changing amounts.

Roulette fans can choose from roughly twenty different versions of RNG Roulette produced by Playtech, and they regularly develop exciting new variants. The games on offer include all of the basics, such as European Roulette, American Roulade and French Roulette, and they offer all the features a serious player could need. For instance, there will be regular and racetrack betting areas, shortcuts for placing neighbour bets, statistical analysis of previous rounds, and more.

However, there are also a number of more unusual Roulette variants available. For instance, they have themed versions of the game based upon popular slots, such as Frankie Dettori, Superman, and Age of the Gods. These variants offer bonus features and very often, progressive jackpots as well. Furthermore, there are variant such as Spread Bet Roulette, which allows players to bet on two wheels simultaneously, 101 Roulade, which uses a special wheel with 105 numbers and has a top payout of 100:!, and Diamond Bet Roulette, which offers huge payout multipliers. In other words, even the most enthusiastic of Roulette players is sure to find exactly what they need amongst Playtech’s collection.

Playtech has produced more than twenty different games, ensuring that players will be able to find the exact variant that they enjoy. They offer the standard versions found in the world’s major gambling hotspots, such as Atlantic City Blackjack, Vegas Blackjack and European Blackjack. These games follow the local rule variants in terms of number of decks used, when doubling down is allowed, the rules governing splitting, and so on. Furthermore, many of the games all players to bet on up to five hands simultaneously, allowing for even more betting action.

The collection of Blackjack games goes beyond the standard variants, with titles such as Blackjack Switch and Pontoon available. Furthermore, many of the games offer side bets, such as the Perfect Pairs, 21+3, Buster, and Lucky Lucky. There are even games that give players the chance to win progressive jackpots. As such, all Blackjack fans should be able to find the games that they need.

Playtech operates a live dealer casino that is considered one of the best. The company boasts being the largest live dealer gaming supplier in Europa and Asia, and they operate several studios in countries such as Romania and Latvia. The Riga studio occupies 8,500 square metres, making it the biggest in the world, and in addition to housing 500 dealers, it also has a training school. The studio also houses dealers who speak a range of languages, such as English, Italian and Spanish.

With so much space available, it is no surprise that Playtech is able to offer numerous games. There are a huge number of tables providing the casino staples such as Blackjack, Roulette, Baccarat and Casino Poker. Furthermore, there are many different variants of each game available, such as European, American and French Roulette, Speed Baccarat, and Majority Rules Blackjack. Playtech is able to cater to a wide range of players thanks to tables with betting limits to cater to every budget, and there are also special VIP tables for high rollers. Regardless of which game players choose, they will find it to be a feature rich experience, with side bets, live chat, roadmaps, statistics, and more.

However, Playtech is able to offer far more than the standard casino games. There are Asian games, such as Sic Bo, and a number of game show style games. These are designed for casual players who wish to enjoy the live dealer experience. The games include live versions of slots, as well as Deal or No Deal Live and Spin a Win. There are also some themed versions of the standard games, such as Age of the Gods Roulette, which feature dealers in costumes, advanced graphics, and bonus features such as progressive jackpots.

Playtech casinos are able to offer players far more than the games discussed above. To begin with, they offer casino games such as Craps, and poker variants including Pai Gow Poker, Caribbean Stud Poker, and more. The company has also produced versions of all the standard video poker games, including Jacks or Better, Deuces Wild, Joker Poker, and so on.

Casual players will find many Playtech arcade games, such as Rock Paper Scissors and Penalty Shootout, which are deliberately simple, but can provide hours of gaming fun. Essentially, Playtech has produced every type of game for every type of player.

Playtech is a thoroughly modern developer and as such it is no surprise that all of its games are cross-platform compatible. The games are produced using HTML5 technology, meaning that they can be played directly in web browsers without the need to install any additional software on both desktop and mobile devices. While some casinos may develop mobile apps, this is not necessary in order to play Playtech games. As a result, players can enjoy their favourite Playtech titles with ease as long as they have an internet-connected device.

There are few, if any, online gambling companies that do a better job than Playtech in regards to adhering to gambling regulation and responsible gambling practices. Numerous gambling authorities, including the UKGC and the MGA, license Playtech, proving that it upholds the highest standards of fair play. The games and Playtech’s RNG have undergone extensive third party testing for fairness, and they are consistently found to be truly random. Furthermore, Playtech owns BetBuddy, a platform used for responsible gambling analytics, and it uses data mining and predicative analytics to identify and engage with problem gamblers.

Where Is Playtech Casino Legal?

Every country has its own bodies as well as legal acts aiming to make the gambling control. In Canada, it is the Kahnawake Gaming Commission that monitors the sphere and issues certificates for the online establishments. In the Great Britain, the same task is carried out by the Gambling Commission.

Are There Age Limitations?

The age restrictions also depend on a political geography. However, the general rule is to be not younger than 18. Some states may increase this limit. Playtech pays a great attention to the monitoring of this problem. It follows the code of practice regarding the age control developed by the Remote Gambling Association. It uses a system of checking the client’s credentials by a 3rd party.

What Games Can Playtech Casinos Offer?

As one of the leaders on the iGaming market, Playtech offers a full range of game units. Those include roulette, keno, blackjack, video poker and multi-line video slots. It also includes unique versions of live games, sports betting and lottery.

Yes! There are a huge number of Playtech progressive jackpot slots. The company operates a number of jackpot networks including Age of the Gods, Age of the Gods Norse, Kingdoms Rise, DC Comics, Dragon Jackpot, and Sporting Legends. Each of these networks has a number of slots linked to it giving players multiple choices of what to play. Furthermore, there are many standalone jackpot games. Amazingly, at any given time there is usually around €35 million in jackpots up for grabs at Playtech casinos.

Are Playtech’s live dealer games only available in English?

Not at all. Playtech offer a number of native language tables and you will find dealers who speak German, Italian, Romanian, Spanish, and more languages, ensuring that you can play in the way most comfortable for you.

How does Playtech’s portfolio compare to other big name developers?

The reason that Playtech’s portfolio is so impressive is that it truly covers all the games you could possibly need. For example, NetEnt is very well known for slots, but are lacking many card and table games. Similarly, Microgaming is one of the best known developers, but it does not offer games such as Craps. As a result, many players consider Playtech’s portfolio of games to be the best. 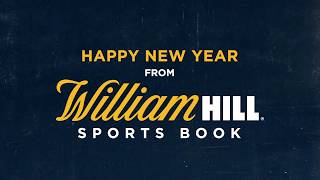