Roulette is one of the most popular casino table games. The origins of the game can be traced back to 18th century France. Nowadays, thanks to advances in technology, players can enjoy the full casino-like experience playing roulette wherever they are. If you want to try your luck against the wheel and live croupier, then read on to learn all about it. 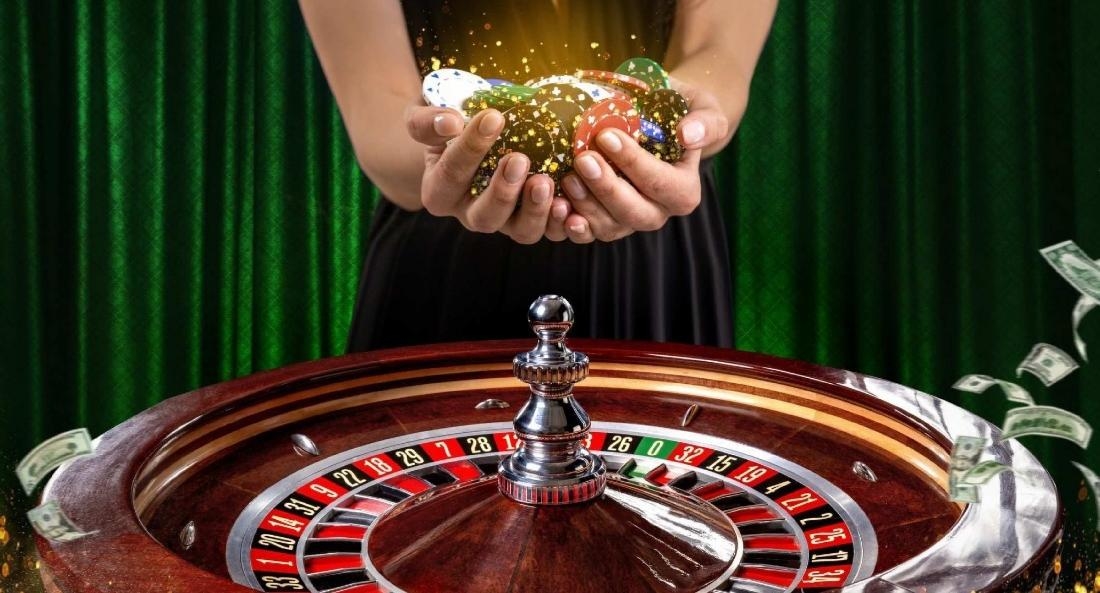 How to Play Roulette

When it comes to bets, players have a huge amount of options. It is possible to bet on individual numbers and various different groups of numbers. Before each round starts, players place their wagers on the table. Once all bets have been placed, the croupier will spin a ball within the wheel.

The players will know whether they have won or lost depending on where the ball lands. For instance, if a player bets on 17, then any wagers on the number 17, black, odd, 1-18 and so on will all pay. Essentially, the most specific your bet is, the larger the potential winnings but the harder it is to win.

In Roulette, there are two main categories of bets, namely, inside bets and outside bets. Inside bets are a lot harder to win and therefore are far more rewarding. Outside bets, on the other hand, are easier to win, and therefore pay less.

Inside bets are more difficult to win as they are either on a single number or a small group of numbers. A roulette wheel has 37 numbers in total (38 on an American Roulette table) so pay-outs are made in accordance to that. Below, we take a look at a few inside bet examples:

A Round of Roulette

In roulette, a round is rather simple to follow. At first, the croupier asks all players to place their bets. Once time is up, the croupier calls for all bets to close. The croupier proceeds to spin the ball in the opposite direction of the turning wheel. The ball lands and all pays are paid, and losses are claimed by the croupier. The round is over, and the table is clean and ready for a new round.

An Introduction to Live Roulette

The online gambling industry has been growing year-on-year ever since the 1990s. Nowadays, instead of playing roulette online with a random number generator, players can enjoy roulette with the same feel as if they were sitting in a casino. This is thanks to high resolution cameras streaming a roulette table straight from a casino.

Live dealer roulette is played in a casino with a professionally trained croupier running the game. Every player that joins a live roulette game can place wagers when betting is allowed and watch the action unfold from their phones or desktops. The camera angel switches to the roulette wheel, until the ball lands. Afterwards, players will know if they have won or lost based on where the ball lands.

In addition to having the full casino-like experience, live roulette is popular because of its many variants. Live Roulette variants may include additional features, prizes and more. Below, we have picked out three live roulette games that differ from standard roulette.

Lightning Roulette is one of the best examples of how live dealer roulette is superior to land-based roulette. In addition to exceptional graphics and animations, Lightning Roulette gives players a chance to win big with a multiplier. The game has a dark presentation to it but as soon as the animations light up, the game is full of colour and life.

The most appealing thing about Lightning Roulette is the lightning number. Before every round, after the bets have been placed, between 1 and 5 random numbers are chosen by an RNG. These numbers are considered lightning numbers and can have multiplier boosters attached to them, ranging from 50x to 500x. Thus, if you place a successful bet on a lightning number, your prize will be far greater.

Essentially, Immersive Roulette is like VIP Roulette. It uses a variety of cameras and is presented by a charismatic croupier. When the ball spins on the wheel, you will get to see many different camera angels including a side and a birds-eye view. There are close-ups, high graphics and even a slow-motion replay so that you can watch all the action unfold in the best way.

In Double Ball Roulette, the game has a European Roulette layout, meaning there are 36 pockets for red and black numbers and a single green 0 pocket. As the name suggests, Double Ball Roulette uses two balls. In this roulette variant, when placing outside bets, players must bet on the outcome of both balls. The top prize in Double Ball Roulette is worth 1,300:1. You will be able to win this amount if you can correctly predict where both balls will land. Ultimately, this boosts the excitement of standard roulette and can be extremely rewarding.

Live Roulette is one of the most popular ways of playing roulette as it has many different variants. The big attraction here is that players can benefit from special features, amazing visuals and even major prizes. The other attraction is that live roulette tends to allow more players to sit at a table than land-based roulette games.

How to Find a Trustworthy Online Casino
Top 5 Casino Reviews