Casino game developers release new slots on a very regular basis and 2021 is set to be no exception to this. There are already a huge number of exciting releases planned from many of the top developers, and details of some of these games are already available. If you are curious about what the next year has in store for online slot players, then be sure to keep reading. 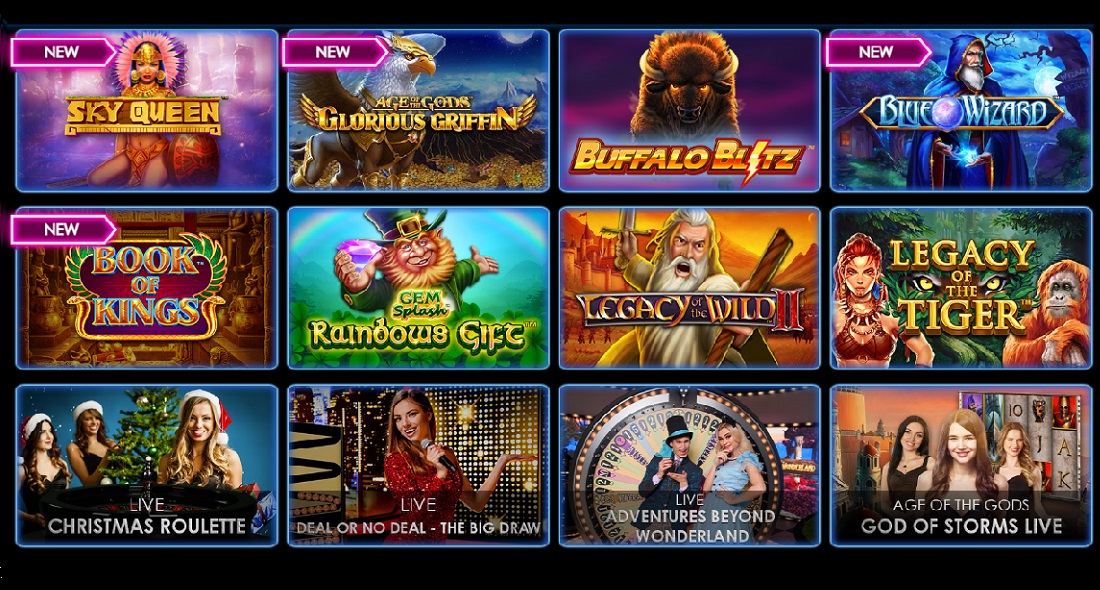 One of the first releases scheduled for next year is Loco the Monkey slot, from the Playtech-owned studio Quickspin. It is a jungle themed game that is packed full of exciting features. The game takes place on 5 reels with 4 rows and 50 fixed paylines.

Those interested in technical details will be pleased to hear that the slot has an RTP of 96.15%. However, it should be noted that it is rated as a high volatility game.

Amongst the game’s features are wild symbols, which are a familiar concept to all players of slot games. However, in this game if at least four of them land in the same spin, then they trigger a respin feature known as More Monkeys. This feature will keep the wilds in place for a free respin and if any more wilds land on the respin, then they too are held in place. This way, the respins will continue until no more additional wilds land.

The slot also offers players Monkey Frenzy free spins, which are triggered by landing three scatter symbols on the first three reels. During the free spins, the wilds become sticky and it is possible to win payout multipliers of up to x3. Best of all, the free spins can be retriggered.

Loco the Monkey looks to be a brilliantly designed game, with enjoyable graphics, and some truly rewarding features. While an exact release date has not yet been announced, it is due for release very early in 2021, so be sure to keep an eye on your favourite casino offering Quickspin slots.

Yggdrasil Gaming is set to get 2021 off to a thrilling start with the release of Ancient Eclipse slots in cooperation with Bang Bang games. The slot has an Aztec theme that is brought to life through some stunning graphics. The reels are set in a huge stone structure while the symbols include stylised masks and carvings.

If you trigger the Eclipse feature with more than one moon on the triggering spin, then you will also receive a payout multiplier, which will be equal to the number of triggering symbols.

If you land three of the headdress scatter symbols then the Locked Frames Free Spins begin. You win 12 free spins and at the start of each spin, any wild that landed on a previous spin awards a Sticky Sun Frame. Once a Sun Frame is active, it will remain so for the rest of the feature. If you land moon symbols but don’t manage to trigger the Eclipse feature, then an extra free spins is awarded.

At present Ancient Eclipse slot is expected to hit casinos in the first week of February, so be sure to keep your eyes peeled when the time comes.

NetEnt is revisiting the player favourite theme of Ancient Rome in one of its first games scheduled for release in 2021. The slot, Rome: The Golden Age™ transports players back to the age of the Roman Empire, when victorious gladiators commanded a huge amount of respect.

The game is set to be packed with features. It is a 5 reel slot with 20 fixed paylines, and a wide betting range in order to accommodate as many players as possible. Details are still being released, but the game is set to include wild substitutions, a progressive free spins multiplier, and free spins. Furthermore, it will offer something a little out of the ordinary, with diamond shaped reels and varying rows.

The special Golden Age symbol can transform into a Rome symbol when it lands, and if it does, it is marked with an Active Frame. On the next spin, the position with the Rome symbol transforms into a wild symbol. All adjacent positions with Frames will also be transformed into wild symbols, as well as the positions next to them, and so on, up to five times. They will then payout the highest possible winning combination.

Landing the scatter symbol on reels two, three and four triggers the free spin. Players will begin with three free spins and all positions with Frames or Rome symbols that did not transform into wild symbols during the spin that activated the Free Spins become locked and award a random payout ranging from 1 up to 50 times the bet at the end of the Free Spins.

Better yet, during the Free Spins, a Rome symbol landing on any unlocked position on the reels awards a random payout ranging from 1 up to 50 times the bet and resets the Free Spins counter back to three. At the end of the Free Spins, if all the positions are locked, an extra x2 multiplier is awarded on all random prizes on Rome symbols.

NetEnt have promised even more features in this thrilling game, but more details are yet to be announced. The good news is that you will only have to wait until 9 February 2021 before the slot is released to casinos and you can discover for yourself just what it has to offer.

If you like burgers, then you will love iSoftBet’s planned game Royale with Cheese Megaways. The game has an American diner theme and as the name tells you, it will make use of the Megaways reel structure on license from Big Time Gaming.

As such, the slot has 6 reels and up to 117,649 paylines on every spin. The reels themselves are set at the entrance to the diner, and there is a giant friendly chicken visible to the side of them, as well as a progress meter to the left.

As with many Megaways slots, the game will feature cascading reels. This means that every time a win lands on the reels, the symbols will be removed to allow more to fall from above and hopefully form another winning combination. The game also features mystery symbols. Whenever the slot’s logo symbol lands, it will transform into a regular symbol to try to form more winning combinations.

The burger symbol is the key to the free spins and landing three, four, five or six of them will award 10, 15, 20 or 30 free spins respectively. There will also be another way to trigger the free spins, as well as a few more features, but full details are not yet known.

Nonetheless, from what has been released, it is clear that this will be a brilliantly designed slot and one that is sure to keep players happy for hours on end. It is due out in the first quarter of 2021, so you won’t have to wait too long before you can play the game for yourself.

Emerald Gold – Just For The Win/Microgaming

Ireland is a hugely popular theme for online slots and Just For The Win is kick-starting 2021 with a truly exciting looking Irish themed game, Emerald Gold.  It is a 5 reel slot with 40 paylines, and it offers players the chance to win up to 25,000 times the bet!

The reels are set in the Irish countryside while the symbols include shamrocks, pints of stout, golden horseshoes, and more. However, it is the four-leaf clover scatter symbol that can lead to particularly big winnings.

Despite a great number of details being known about the game, the exact release date has not yet been announced. However, it is expected in the first quarter of 2021.

Many More New Slots to Come

This is just a tiny percentage of the many exciting releases planned for next year. You can expect to see releases from all the major developers not mentioned above, such as Playtech, Microgaming, Pragmatic Play and so on. Be sure to check back regularly throughout 2021 as we will be bringing you details of all forthcoming games.