Online casinos can broadly be divided into slots and table games. Today, there are a great number of table games available, especially as more games are imported from Asia. However, there are five true classics and here we shall introduce you to them so that you know where to get started. 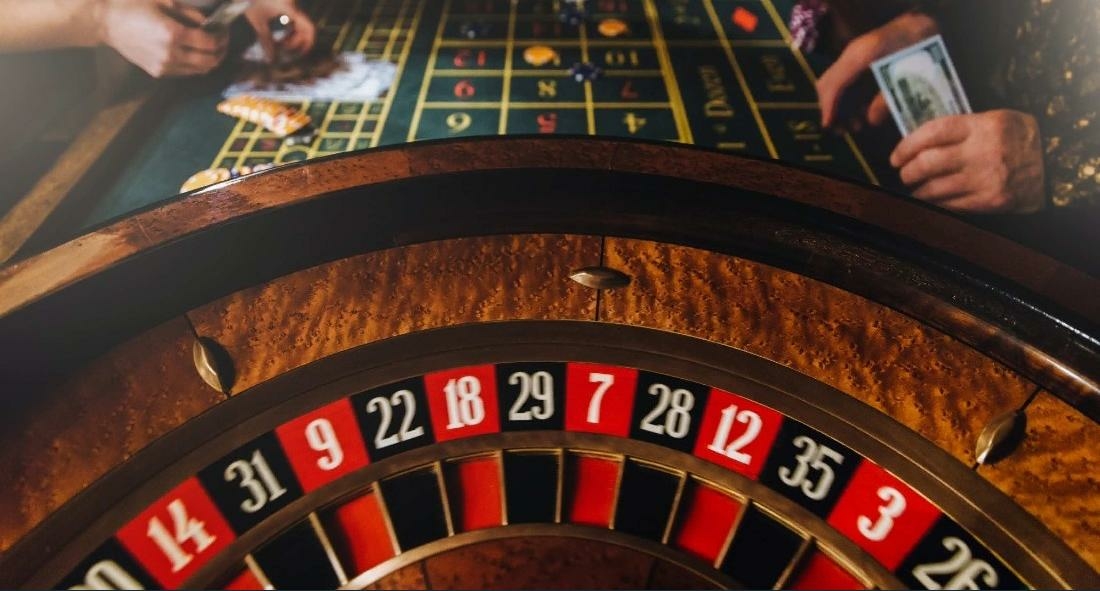 Online blackjack is one of the easiest table games to learn and one of the most popular. The game is played with several decks of cards and the aim is to build a hand of 21. The player is up against the dealer and must try to reach 21 without exceeding it and going bust. By going bust, the hand automatically loses. All number cards are worth their face values. The picture cards Jack, Queen and King are all worth 10. As for Aces, they can be worth either 1 or 11. Thus, in order to form Blackjack – the strongest hand in the game – the player must try and combine a 10 value card with an Ace.

There are many variants of blackjack that have their own unique set of rules. The most popular blackjack variants include European Blackjack, Vegas Strip Blackjack and Atlantic City Blackjack. Each of these variants has slight differences in rules and gameplay. However, the same basic principles are kept for these games.

A round is played with the dealer serving two face up cards to the player and taking a face up card and face down card themselves. After doing so, the player can choose to hit, stand, double down or split. To stand means to keep their hand as it is. To hit means to take on an additional card, with the option to take more cards. To double down means to take only one more card and double their bet in doing so. To split, the player must have a pair, doubling their bet and splitting their cards into two hands.

There are of course more rules and nuances, but these basics will help you get started with this thrilling game.

Another popular table game that has been around for more than 300 years is Roulette. The game is played with a wheel, divided into sectors with black and red numbers from 0-36 and a ball. The ball is spun on the wheel and will land in a sector to determine the outcome of a round.

There are three main variants of online roulette, namely, European Roulette, French Roulette and American Roulette. Both European and French roulette tables have 37 numbers – 1 to 36 and a green 0. American Roulette has 38 numbers, as the game has a green 0 and a second green 00.

Before a round starts, players must place their bets on the betting area. A roulette betting area will have all numbers listed, including the 0 and 00. Players can choose to either bet on a single number outcome or on more general bets. These are known as Inside and Outside bets.

Inside Bets are placed on single numbers, numbers adjacent to each other or a triplet of numbers. Because these have a very low chance of landing, the payouts are extremely high.

Outside Bets are more general as they can include odd or even numbers, or red or black numbers. These bets have a higher chance of coming (almost 50/50) so the payouts are not as big.

Once the bets have been placed, the croupier will spin the white ball on the wheel before it eventually lands in a slot. Depending on where the ball has landed, the player will either win their bet or lose. Once a round has been completed, the bets are paid out or lost, the table cleared and a new round can begin.

An incredibly easy to learn table game is Baccarat. The game is popular at both land-based casinos and online gambling sites. In fact, it is also a hit in Asia, and it has become the game of choice for many high rollers

When a round starts, the Player position is dealt two cards, then the Banker position is dealt two cards. Numbered cards from 2 to 10 are worth their numbered values. As for Jacks, Queens and Kings, they are all worth 10. Aces are worth 1. The cards are added together to make a total. If the hand is larger than 10, then 10 is subtracted from the total. An example of this is having the cards Jack and 5. In this case, the value is 5, as the 10-valued Jack is subtracted.

Instead of going through the different rules and gameplay for each of these casino poker variants, the best place to start would be with the hands. Poker hands vary in strength with the stronger hands winning and weaker hands losing. To beat an opponent or the dealer, you must try and form a stronger hand than theirs.

Here is a list of poker hands from strongest to weakest:

Craps is a table game that is a hit among land-based casinos and online gambling sites. It is played on a table that can be tricky to read for new players. The game involves rolling a pair of dice. Every craps table is identical. It has different sections that refer to the types of bets a player can place. On the table, there are several zones that reflect the different types of bets. Those zones include:

In addition, there are two dealers in Craps. Namely, two base dealers, the Pit Boss and the Stickman. Bets are won or lost depending on what the player has bet on and the numbers which the Shooter has rolled. Once you start playing Craps, the gameplay becomes easier to follow.